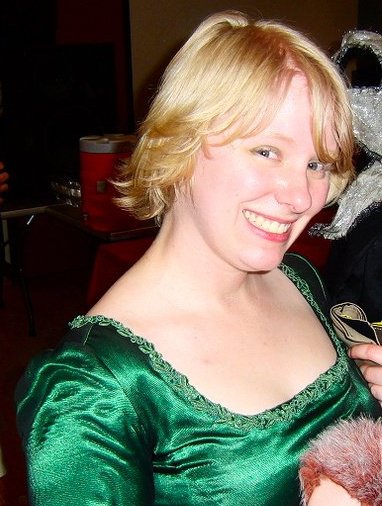 Lalailom started her Amtgard career in Cage Valley in May of 2003. She founded the Crimson Sanctum in 2004 with Anberon and resided there until 2008. Thereafter she moved to Inland Ocean. Though not particularly active at present, she attends events in Washington and Oregon, and occassional park days at Inland Ocean, Gypsy Hollow, and Shrouding Mist.

She has a passion for a variety of crafts but is mainly noted for garbing.

Since pronouncing her name seems to be a common problem, Lalailom has picked up a number of nicknames along the way, including "Lolly," "Lalalalalailom," "Lollipop," and "Lollicup,". It is correctly pronounced la-LIE-lum. The name comes from Tolkien's Sindarin elven. "Lalai" is the word for laughter. "Lum," here changed to "lom" for aesthetic reasons, means echo. Her surname, Risteska, is a variant of the words for "broken home."

Formerly under the belted line of Sir Downfall, but mutually agreed to separate when he moved to California and would not be an active member of Amtgard any longer.

Church of Apocalypse Saint of Avarice 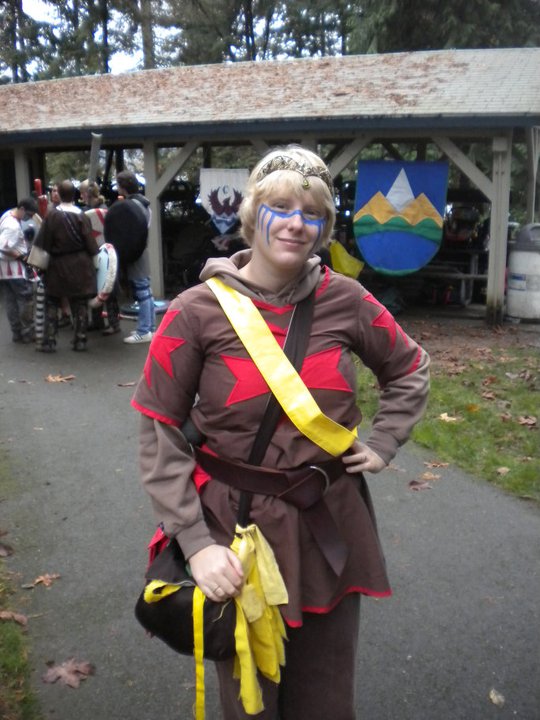 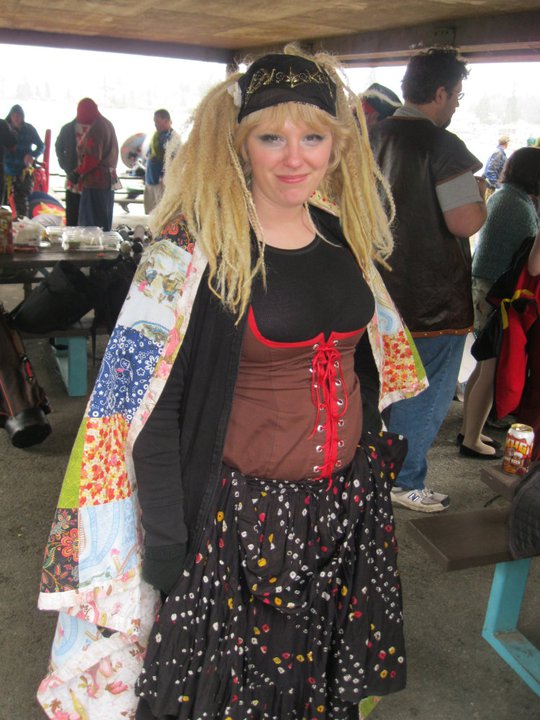 or her old ORK