Difference between revisions of "Peter the Quick"

Warlord Peter the Quick of the Freehold of Myr Tariniel 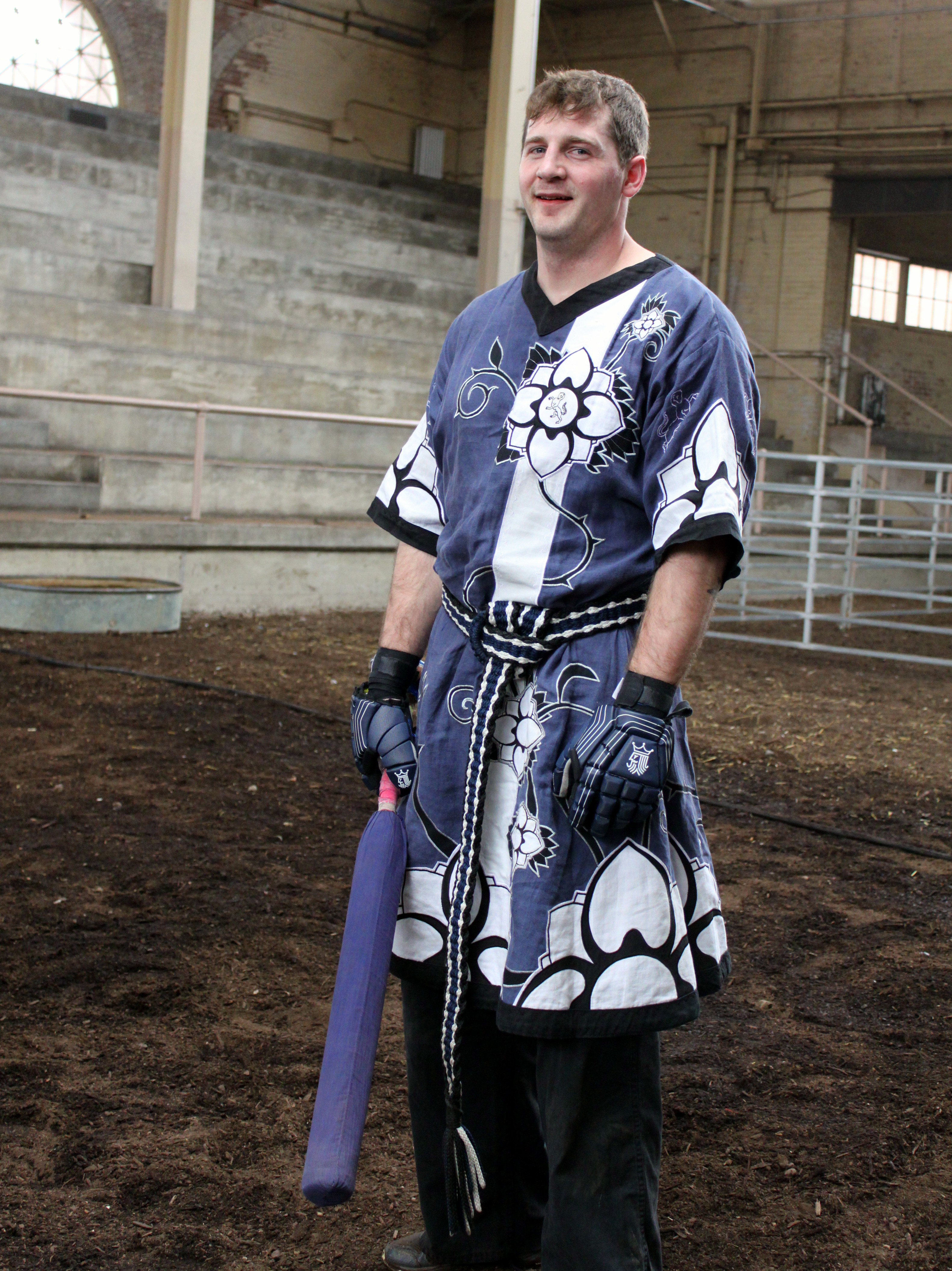 Peter the Quick started fighting in Belegarth in late 2001, in Ames, Iowa. At the Belegarth event Octoberfest, in 2009, Peter was knighted as a Knight of Rhûn, by Beauregaurd Brutus Elevo, the Implacable (Belegarth Knight of Rhun).

In 2009, he branched out to Amtgard in Indiana, and after meeting Sir Spyn he joined Rogue Company. Peter and Spyn were inspired to start a Belegarth branch of the Rogues with Peter as Captain. In 2012, Peter and the Belegarth Rogues left Rogue Company due to a difference in leadership styles. He founded a reformed unit under new colors, now known as The Amyr, and has served as Captain of the Amyr continuously since its inception.

In November 2010, he was named Warlord by Emperor Dekland of the Rising Winds, thus making him the only fighter to hold a Warlord title and a Belegarth Knighthood title. In 2015 he was squired to Sir Brennon Viridian. If his Knight of the Sword is achieved, he may be the first Bel/Amt cross-game fighting knight.

Peter is an avid teacher and has spent countless hours teaching both fighting and foamsmithing. He has taught at SKBC every year since 2009 and served on FWACK (the governing and planning body for SKBC) since 2011. He is an excellent craftsman, specializing in metalworking and jewelry, but also very capable at foamsmithing, sewing, and woodworking.

Peter resides in Iowa with his family.

This page contains text originally copied from the Belegarth Wiki which is released under the GNU Free Documentation License.