"All the cracks in my skin just let the light in"

Aria Lokasdottir found Amtgard in late 2014, playing at the Duchy of Sunfall Abbey. They played there through December of 2018, before moving to the County of Skywatch.

In July of 2019, Aria Onyx moved back to Sunfall Abbey, and in September of 2019 stepped up as the Champion for the Winter Reign. Primarily playing Druid or Wizard, Our intrepid player aspires to what it calls Paragon Shaman.

In December of 2019, They earned their Paragon Druid. In late 2017, Aria Onyx founded their own boffersmithing workshop, Solaris Craftworks, to further their goals of Master Owl and provide a path to improve their foam work.

They aspires to eventually join the peerage as a Knight of the Flame, Crown, Battle, and Serpent.

Aria Lokasdottir has one Comrade-At-Arms, Hagane Murasaki, of Quixotic Valley. 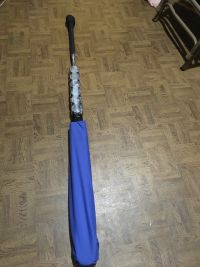 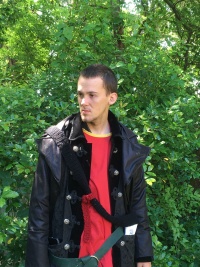 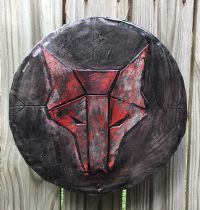