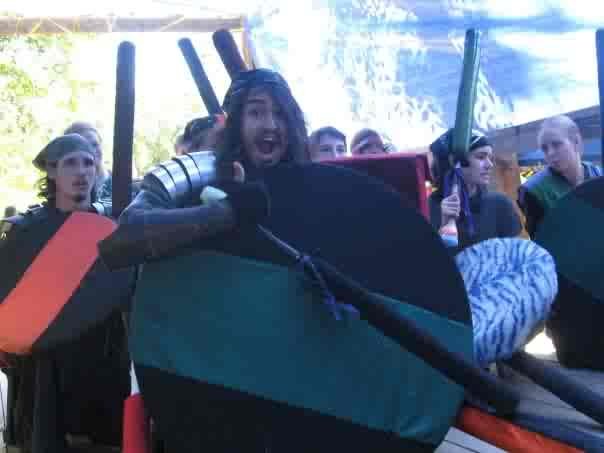 Joined Amtgard in 2003 as part of Ashen Hills, but has since moved to Blackfire Pass. He was a member of the short lived Stonegate Temple, before it became part of Dark Harvest.

Tri felt the need to get six classes to second level, and credits in all other playable classes, before finally deciding to play warrior to sixth level.

Tri is relatively well known throughout the Rising Winds as a loud-mouthed nerd whom everyone likes, and one of the first victims of the nerd can.